papercrafts, my stories, and the occasional insight

My favorite Stampin’ Partner in Crime escaped her responsibilities earlier this week and came over to create. We were eager to give Brusho a try after seeing what so many others had done. I was a little apprehensive at first, but discovered pretty quickly that the best approach was to dive in headfirst! (If you take this literally, you are going to have an interestingly-colored head. Brusho is intense color.)

I grabbed some watercolor paper and embossed the Sheltering Tree. I sprinkled on some random bits o’ Brusho and unleashed the water spritzer. 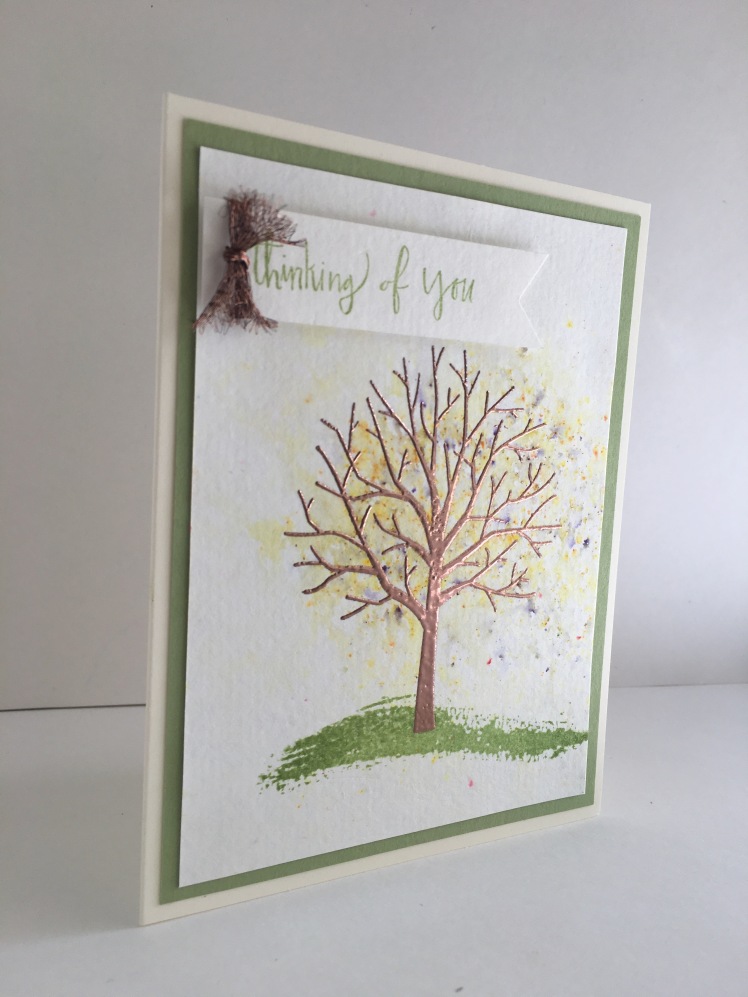 This version used the Brusho Yellow and Brusho Moss Green, which devolved most interestingly into yellows and purples. It’s a much more subtle look, but it’s more like what we see in the fall here in the islands. 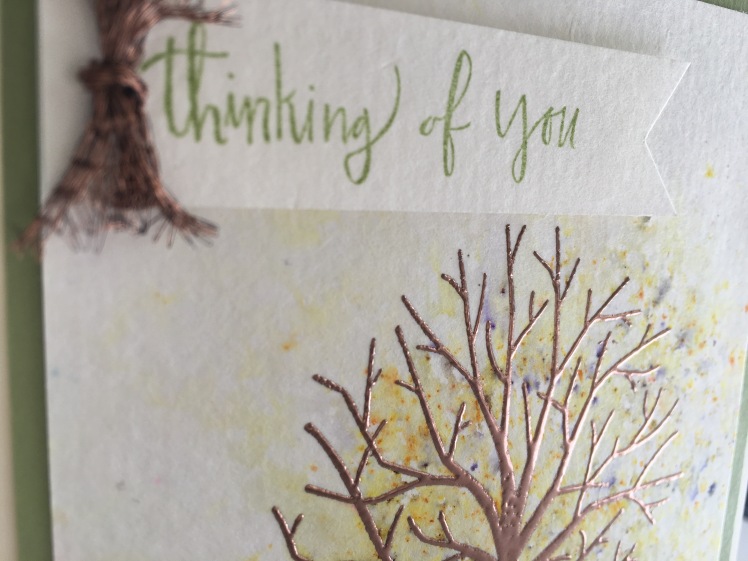 I used a pretty light hand when I dropped my Brusho Crystals, as I didn’t want dramatic color. You can really see how the individual crystals maintain their character if you don’t add a lot of water. I barely damped my watercolor paper before I added the Brusho, then lightly misted to blend.

There are a lot of great techniques out there and we barely scratched the surface. I’d love to know what you think of this result! I have more “Brusho Bases” – cards with Brusho color and nothing else – so as I am inspired I’ll gladly share. In the meantime, if you like to play, come and play with Brusho!

This site uses Akismet to reduce spam. Learn how your comment data is processed.

Want to see the Stampin' Up! catalogs? Click HERE

All images are © Stampin’ Up! 1990 to present, unless otherwise stated. All content is the sole responsibility of Anne Matasci, Independent Stampin’ Up!® Demonstrator and the use of and content of the classes, services and products offered on this website are not endorsed by Stampin’ Up!®
Loading Comments...
%d bloggers like this: